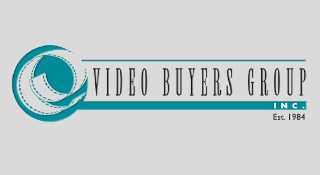 Forget the conventional wisdom that holds that DVD, and most entertainment for that matter, is consumed by young adults. With the eldest baby boomers now hitting 60, key DVD retailers and studios are looking for ways to better market to sexagenarians.

During its annual retailer conference last year, 20th Century Fox Home Entertainment passed out copies of The Power Years: The User’s Guide to the Rest of Your Life , co-authored by psychologist and authority on aging Ken Dychtwald, in an effort to convince more retailers to consider these consumers in merchandising strategies.

“Boomers are a huge and important market to anyone marketing or selling a consumer product,” said Fox senior VP of marketing and communications Steve Feldstein.

Since this sizeable population, unlike previous generations, has grown up with many entertainment options, retailers believe they need to improve targeting their products to them.

Likely to be featured are boomer-defining movies about the Vietnam War and ’70s theatrical hits Rocky   and Rocky II . Members will run trailers of these films in-store and display Grandparent’s Day-related signage.

At the same time, VBG members are looking at films that can be marketed to aging boomers to give as gifts to their own expanding families. Currently, some stores are creating Easter baskets filled with kids catalog titles and jelly beans, geared to grandchildren.

“A large portion of the boomers now have grandchildren-I have eight,” said VBG president Ted Engen. “They are willing to spend a considerable amount of money … on their grandchildren, on videos and electronics. We want it to be known that Grandma and Grandpa are not the grandparents of past generations. These grandparents now have some of the best electronic systems you can have in your home.”

Nearly 50% of people over the age of 64 who bought a new children’s title in 2006 said they bought it as a present, according to NPD.

Many retailers, including Hastings and Virgin, have not done specific promotions around Grandparent’s Day but are still trying to merchandise for older folks’ tastes.

“Say I’m doing a $9.99 title [catalog promotion],” said Hastings video category manager Mason Goodfellow. “I will try to feature something for everyone-family [for kids], westerns [for grandparents] and something more risqué for the Gen X-ers. My kids’ grandparents are so different from my own grandparents. I think my grandparents were less likely to go out and splurge. Today’s baby boomers have worked their tail off for what they have, and now they can sit back and enjoy what they’ve produced.”

Large and In Charge: As Baby Boomers Near the Traditional Retirement Age, Insurers... 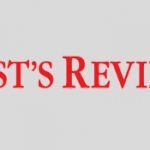 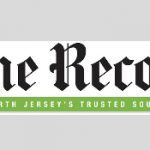 Trouble Ahead for Baby Boomers
Scroll to top