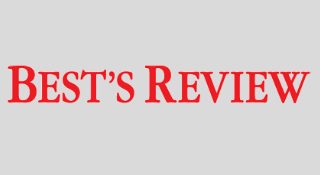 It’s not your grandfather’s generation, or even your father’s; theroughly 78 million baby boomers–those born between 1946 and 1964–are unlike any generation that’s come before them.

They’re the first generation raised on TV advertising, and are quite used to being the main target of marketing ploys. And as this massive generation enters its golden years, agents and brokers are scrambling to better understand them, so as to better serve them.

Each day, some 10,000 boomers turn 50 and another 8,000 turn 60, according to The Boomer Project, a three-year-old firm dedicated to teaching insurance professionals and others how to serve this generation. Yet, the first thing insurers need to tell their sales force aboutboomers is, don’t call them old, said Matt Thornhill, The Boomer Project’s founder and president. Boomers generally don’t yet think they’re ready for retirement or financial planning.

But for many, retirement is closer and will last longer than they realize. An agents’ financial blog on InsureMe.com, an insurance marketing Web site for agents and brokers, revealed in December that 22% of boomer retirees are forced into retirement much earlier than they planned. Many are leaving the work force due to ill ness, company downsizing or to take care of family members, said Megan Mahan, lead copywriter for InsureMe.com.

“Life expectancy is increasing, we found, by 30 years in the last century,” Mahan said. “You need a pretty sizable nest egg. A lot of companies are adapting their products to fit the boomer lifestyle: people who got a late start on saving.”

Allstate has been positioning itself to be a one-stop financial planning shop for middle-income baby boomers by using agents to ease boomers into taking a look at its financial services products after theauto or homeowners policy is agreed upon, said Ed Biemer, president of Allstate Financial Services LLC. “We want to leverage those moments so that we can get you to talk about financial services, to talk about retirement. It’s a tough subject and you’re not going to talk about it with just anybody.”

“What we try to do with our consumers is we try to break the problem down: ‘You have retirement, and you have kids going into college; let’s talk about this one first.’ As we get into that you can start breaking that problem down even further,” he said. “Let them accomplish pieces as they can. They feel better and better and have more resources and can do more with it.”

The question Thornhill gets most often from his insurance company clients is: “How do we even get boomers to talk about this? Because we start talking to them about life products, and they’re like, ‘Hey, when I get there.’ They’re in denial.”

“Genworth Financial has had us out on the road; Sun Life has had us doing various things. UBS has had us at a fair amount of events andconferences,” Thornhill said.

Agents and brokers need to keep one basic characteristic in mind: “You need to start your conversation … about control,” Thornhill said.

Control was a deciding tenet of that generation. “We could go protest the Vietnam War at our college or university; we realized we could change things. As a group, we have been basically in control ever since,” Thornhill said. “That’s why we’re not willing to step to the sidelines because some of us have started turning 50.”

“We’re in charge,” he added. “Large and in charge–we’re the boomers.”

Serving the “mass middle market” is going to be key for insurers, Biemer said. Most financial planning firms are looking to serve the high-end, “a small group of people with a lot of money,” who have enough resources to call on the big investment houses.

But, the mass middle market is receptive to discussions about “pension plans, issues with Social Security,” Biemer added. “It’s fairly complex; they can’t understand it. And they’re dealing with their life savings. Our concept has been we are consumer-based, and the biggest piece of it sits in that mass middle market.”

Ameriprise Financial went to a marketing professional for advice: gerontologist Ken Dychtwald, president and chief executive officer ofAge Wave, a firm that offers insurers and other entities product andservice development tactics for boomers and mature adults. Gerontology is the scientific study of aging and its effects.

“We had always served boomers, of course. We refined the focus over the past few years because of the need and the opportunity,” said Ann Wasik, manager of media and public relations communications for Ameriprise Financial.

Through a 2005 study with Age Wave and marketing research firm Harris Interactive, Ameriprise uncovered two important facts: boomers want to engage with their financial adviser on a deeper, more emotionallevel; and, just as there are stages of death and dying, there are five distinct stages of retirement: imagination, anticipation, liberation, re-orientation and reconciliation.

“What we found through the study is you can only play golf for so long,” Wasik said. “The most surprising finding is that the honeymoonperiod after the actual retirement day only lasts for a year.”

Soon they Fred themselves asking, “What’s next?” she said. “What really makes a difference in whether people are able to handle that isif they have planned for it. How can we as a company help them to reach that point that they can work because they want to, not because they need to? It’s really interesting to think about retirement in that way.”

Through its study, Ameriprise has been toying with the idea that retirement may not be as we see it now, with life stages split into three categories: the first 20 years of life being educated, the next 30 years working, and the next 30 years in retirement.

“People are going to use their extra time throughout their life,” as opposed to retirement all at once at the end of a stage, Wasik said. Some boomers may be going back to school during their working years, while some may take time off for a sabbatical or to join the PeaceCorps.

For those nearing the traditional retirement age, being inactive is not as appealing as it was for previous generations.

Changes in the retirement mind-set dovetail with changing family dynamics, with many boomers raising children and taking care of elderly parents–the so-called “sandwich generation,” said John Lounds, senior vice president of product management for Allstate Financial. “Forthose folks, they’re not at all quite sure what retirement really means, what it will look like, how it will feel.”

“As we’ve talked with folks, boomers are not a monolith; they all think differently and fall into groups,” he added. “We think many of these boomers are looking to solutions that allow them to maintain contact with the market. They’re not interested in giving up growth in earnings. They don’t want to just put it in their mattress.”

And they’re not into financial products that limit their flexibility. They want protection and transparency in their relationship with their financial adviser.

“They want market performance, but not too much risk,” Lounds said. They still want some simplicity, especially those who don’t see themselves as rich. They’re not sure they feel well-served by an adviserwho speaks technological jargon.”

For Allstate, that means presenting such products as an equity indexed annuity, where boomer clients can read about its performance every day. “That’s one way we would interpret transparency or simplicity,” Lounds said. “They want growth; they want protection so they don’tput all their money at risk. They want simplicity but they really need flexibility.”

“Flexibility in the way we construct their products is really key,” Lounds added. “The industry really doesn’t have a choice because the need is there.”

Financial services phrases like “term or whole life,” “survivor benefits,” and “variable annuity” are but “arcane buzzwords” to the uninitiated, Thornhill said. Besides, many are not sure who to trust these days, so they take the easiest course of action: do nothing.

The trick to getting through to boomers is starting with the bottom line, Thornhill said. “Most broker/dealers want to talk about the latest product because they’ve got something to sell; variable annuities, for example. Those are complicated enough products. Don’t start there–that’s where you end up.”

Agents and brokers need to introduce a new product via its functional benefits: “Do you want income for yourself later in life or income for loved ones when you’re gone?” he said. “Go a stage higher, and talk about the emotional benefits: Do you want peace of mind? Are youinterested in being able to provide continuity for your family, for yourself, reduce your worries? Then you can get into what product actually delivers it.”

While many insurance companies tout themselves, they instead should be reaching out, trying to reach customers of any age, he said. “Wecall that ageless marketing.”

Liberty Mutual’s current ad campaign about responsibility is a good example, Thornhill said. One TV spot shows people reacting to random acts of kindness by paying them forward. The premise is that when people do such things it’s called being personally responsible, but when a company does it, it’s called Liberty Mutual. “And their tagline draws it all together: ‘Responsibility–what’s your policy?'” Thornhill said.

Ameriprise Financial’s current TV campaign featuring actor Dennis Hopper reels in those who are unsure what or how much they need to doto retire. While Hopper is not a boomer per se he was born in 1936–he has been a generational symbol since appearing in his breakthroughfilm, “Easy Rider” in 1969, which he also directed.

“Hopper speaks to [boomers] and that’s really what makes a difference,” Wasik said. “He’s not a spokesperson for Ameriprise; he is someone who is used in a commercial, who is used to speak to the boomer generation. He resonates with that generation. He was a great person to cut through the clutter in financial advice.”

* Baby boomers have a different view of retirement and aging than previous generations.

* Insurers are re-aligning products to meet boomers’ styles and needs.

* Agents and brokers are recasting their sales and marketing tactics to resonate with this market.

Retiring? Plan How to Spend Your Time 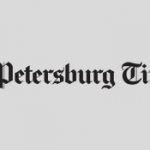 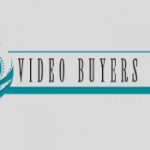