High-impact consumer resources to help you understand your clients’ and prospects’ new retirement.

This timely and thought-provoking public television special is an inspirational guide for today’s retirees, as well as future generations of retirees. Conceptualized by Ken Dychtwald and the Age Wave team, produced by Generation Entertainment, underwritten by The Alliance for Lifetime Income, and filmed during the Covid pandemic, it premiered in New York, New Jersey, Philadelphia, and Buffalo on November 28, 2020. In the Spring and Summer of 2021, Life’s Third Age was presented on public television stations nationwide. Check your local public television station listings for dates and times.

The program is based on the new book What Retirees Want: A Holistic View of Life’s Third Age by Ken Dychtwald, PhD, and Robert Morison. Life’s Third Age is presented and hosted by Dr. Dychtwald, renowned psychologist, gerontologist, and author of 18 books on aging and health-related issues.

In this highly entertaining 90-minute special, Dr. Dychtwald first reveals his vision of life’s Third Age. He explains how our first 30 years of life, our focus is on biological development, making friends, identity formation, and seeking a partner. Then, from 30 to 60, we’re occupied with building a family and a productive career. And thanks to 20th century medical breakthroughs that led to an unprecedented longevity revolution, a whole new stage of life is emerging between ages 60 and 90. It’s uncharted territory, but we know for sure that it offers far more than the rest-and-relax retirement of our parents’ and grandparents’ generations.

The new Third Age is about reinvention of oneself. It’s about continuing to grow, learn, meet new people, try new things, and even discover new purpose. Dr. Dychtwald is a proponent of a more generative Third Age, and the important roles, accountability, and contributions of today’s elders.

This compelling public television special is an inspirational guide for today’s retirees, as well as future generations of retirees. As Boomers pave this new territory with the same unique hopes and dreams they’ve brought to every stage of life, younger generations will take notice and embrace the fact that life is full of hairpin turns and twists over the course of a 100-year life. They will have time to work as well as time to play. There’s a good chance they will pursue multiple careers over the course of such a long life. In the future, continued course-corrections and cyclical reinventions will be commonplace, rather than a massive generational retirement.

In Life’s Third Age, Dr. Dychtwald shares a wide range of new and innovative options and opportunities. In particular, the program sheds light on:

Life’s Third Age will speak directly to the core public television audience, while also educating, informing, and inspiring viewers of all ages on the possibilities to live well in this exciting Third Age of life.

The Alliance for Lifetime Income has graciously sponsored this pledge special which was produced by Generation Entertainment under the leadership of executive producer/director Neil Steinberg, who has worked extensively as a writer, producer, and director in nearly all forms of media. His work with Dr. Dychtwald has spanned more than two decades and includes serving as executive producer/director for the 20-part series Caring for an Aging Society and the highly acclaimed two-hour documentary The Boomer Century 1946 – 2046 for public television.

Steve Purcell, a Grammy and Emmy award-winning director and editor, served as executive producer and editor in Life’s Third Age. He has produced music and film projects throughout the U.S., Europe, and Asia. Steve has produced and directed numerous pledge specials for public television, including Yanni Voices, The Horseman Cometh, One Night in Jordan, and most recently, Jonathan Antoine Going the Distance. 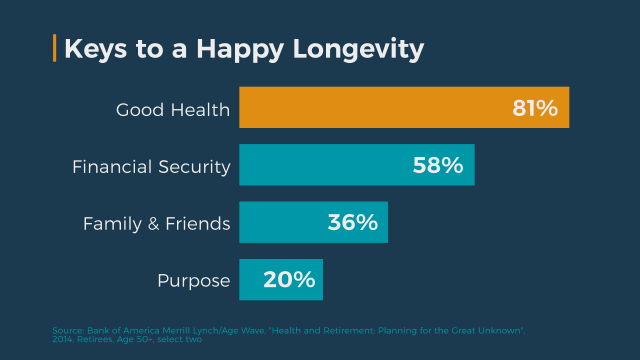 Keys to a Happy Longevity 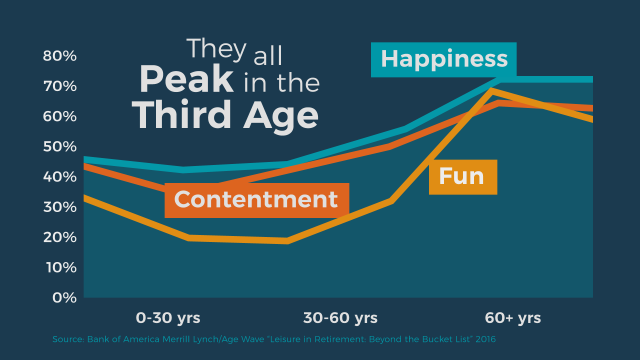 Peaking in the Third Age 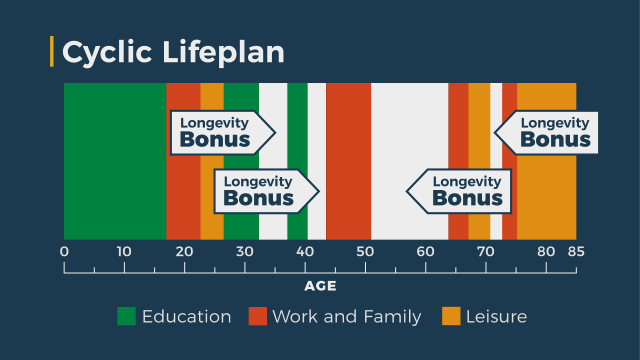