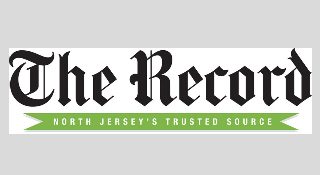 He may be the most sought-after prognosticator of baby boom trends, but it was only in hindsight that Ken Dychtwald recognized that his own 1950s childhood fit a pattern.

“It would appear now, looking back, that so much of what I experienced had a lot in common with tens of millions of other people,” says Dychtwald, who grew up in Newark’s Weequahic section. “I look at movies like ‘Grease’ or Barry Levinson’s ‘Diner,’ and that’s kind of how it was.”

A renowned psychologist, gerontologist and author of 14 books, Dychtwald has spent more than half of his 56 years studying his own post-war generation, the 78 million baby boomers born between 1946 and 1964.

Dychtwald has appeared on countless talk shows and given lectures and seminars to millions of people on, among other things, what will happen when, and if, boomers retire. He will share that wealth of knowledge when he hosts PBS’ “The Boomer Century: 1946-2046,” a two-hour documentary airing March 28.

The good news: We’re all living a lot longer.

The not-so-good news: The pension infrastructure and government entitlements were not designed to support so many people living so long. And then there’s credit card debt, which he calls “an addiction of the generation.”

“Our parents grew up, if you didn’t have it, you didn’t spend it,” says Dychtwald. A third of all boomers, however, “haven’t saved a thing.”

There are days, he confesses, when he feels more like Don Quixote than Paul Revere.

At 56, Dychtwald is fit, tan, youthful-looking — and the picture of success. He tells you that he’s interacted with former U.S. presidents and many world leaders and has had half the Fortune 500 companies as clients. He lives in an affluent Northern California community with wife and partner Maddy Dychtwald (who’s originally from Millburn). They have two “fabulous” children.

Dychtwald’s route to this flourishing, traditional-looking life was a circuitous one, marked by unexpected detours and serendipitous stops.

He graduated Weequahic High School on the eve of the 1967 Newark riots.

“The day I walked out of my house to go to my high school graduation, there was a full-artillery Sherman tank in front of my house, because the National Guard had come in,” Dychtwald says. “And that summer really all hell broke loose.”

At Lehigh University, Dychtwald spent his first two years as “a reasonably straight and narrow engineering student.” But then, in junior year, he wandered into a psychology class on human potential.

“It was about the idea that each of us was only tapping into a very tiny, perhaps 5 to 10 percent of our true potential,” he says. “It shook me at the roots.”

He devoured books on the topic and began practicing yoga, which he still does. To the chagrin of his parents, Dychtwald quit Lehigh at the end of his junior year, grew his hair and set off to study the mind-body relationship at the famed Esalen Institute in Big Sur, Calif.

Like millions of other boomers, he had a hippie period.

Ultimately, Dychtwald got his undergraduate degree (in psychology). Before starting his doctoral work in psychology with the progressive Union Graduate School, 21-year-old Dychtwald drove across the country by himself, with a couple of pairs of jeans, a typewriter and a Martin guitar.

“The early 1970s was much more a time of playfulness. There was a free-spirited and rebellious style among the boomer generation,” he says. “You weren’t worried about kidnappers or hijackers.”

That trek, which he thought might take two weeks, lasted a year and a half.

Once he had his doctorate, Dychtwald headed up The Sage Project in Berkeley, Calif., which studied how the aging process could be altered by alternative therapies like yoga and meditation. After five years of doing that, he spent a decade setting up similar non-profit programs at universities and medical centers throughout the world.

“I began to realize, there’s the elderly and then there’s aging, and they’re not the same thing,” says Dychtwald. “There are choices we make all along the way that lead to one version of aging or another.”

Dychtwald also realized that Americans avoided talking about the aging process. “The whole country was in a state of denial. It’s sort of the dark side of our youth obsession in America,” he says.

A tsunami of seniors

In 1982, Dychtwald was selected to be one of the advisers to a two-year study, put together by a congressional think tank, to examine how the 21st century would be altered by the aging of America.

“What was obvious to all of us was … the very thing America was so uncomfortable with we were about to become — a nation of older and elder adults,” Dychtwald says. “It seemed to me to be like a tsunami.”

Or an “Age Wave,” the title of one of his books (and later, the name of his San Francisco-based company).

At the urging of Dychtwald’s then-mentors — Gray Panthers founder Maggie Kuhn, visionary Buckminster Fuller and geriatrician Robert Butler — he embarked on a mission to educate and debunk myths about the boomer generation.

For two decades, he has been preaching to the media and marketers, trying to correct the misconception that people over 50 are averse to trying new things. Television networks (including CBS and TV Land) have commissioned Dychtwald to study boomers’ viewing and buying habits.

And long before the first of them turned 60 last year, he set out to “awaken” the medical and psychology communities to the coming age wave.

Despite the fact that the average life expectancy has risen from 47 to 77 between 1900 and 2000, Dychtwald says, our medical system is still geared toward meeting the needs of young people. And America has yet to create a vision for “the purpose of life’s extra years.”

“Most of the studies that I’ve done show that about half of today’s retirees are bored out of their wits,” he says. “I think that the boomers are beginning to conceive of an entirely new model of retirement.”

Dychtwald is not even sure it’s a good idea to retire — a word, he notes, that’s defined as “to disappear.” Instead, he suggests it could be far more fulfilling to start a new career, perhaps completely reinventing oneself by taking adult education courses, returning to hobbies or crafts not pursued since childhood or doing volunteer work.

One wonders if Dychtwald, whose recent shoulder-replacement surgery is about the only outward sign of life’s wear and tear, ever plans to retire.

“I don’t ever see myself retiring in the traditional sense of going out to the pasture,” he writes in an e-mail. “However, over the next several decades, I am hoping to increasingly remix the balance between work and leisure. I’m hoping to be able to continue working on things and activities I really care about — regardless of whether there’s a salary involved.” 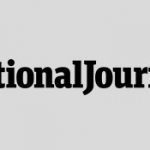 The World According to AARP
Scroll to top