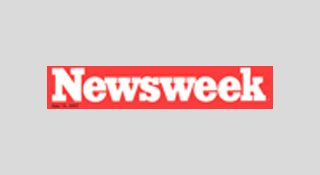 Eighty Is the New Fifty

Until recently, aging big-shot executives were happy to play golf, become ambassadors or just fade away.

Have you noticed that CNBC is dominated by frisky septuagenarians? Last Wednesday, Carl Icahn, the 72-year-old corporate raider turned hedge-fund manager/ shareholder activist, was terrorizing the whippersnappers at Yahoo, accusing the executive team of foolishly torpedoing a merger with Microsoft. The day before, the network aired testimony of legendary trader George Soros, 77, who was lecturing Congress on the oil spike. Earlier in the month, Warren Buffett’s annual Berkshire Hathaway meeting, known as Woodstock for Capitalists—with Buffett, 77, strumming a ukulele rather than Jimi Hendrix wailing the national anthem—received blanket coverage. Kirk Kerkorian, 91, who amassed big stakes in Chrysler and General Motors and agitated for change, is amassing a large stake in Ford.

Our culture relentlessly celebrates youth. But in the corporate world, 80 is the new 50. The exploits of these Sunshine Boys and advances in medicine make the retirement age of 65 seem like a relic. And in fact, it is. When Otto von Bismarck established Germany’s—and the world’s—first social-welfare system in the 1880s, “he had to pick an age at which people were so enfeebled and disabled, they couldn’t work,” says Ken Dychtwald, chief executive officer of the consulting firm AgeWave, which specializes in aging and the workplace. Bismarck chose 70. “At the time, the average life expectancy in Europe was about 45.” In 1916, Germany reduced the age to 65.

Since then, this arbitrary cutoff date has calcified into a thick gray line. Until recently, aging big-shot executives were generally happy to play golf, become ambassadors or just fade away. Today, not so much. Like a stage mother, Jack Welch, 72, nearly seven years removed from the top post at General Electric, is lecturing successor Jeffrey Immelt from the wings. The rise of private-equity firms and hedge funds has effectively created a sort of seniors tour for successful managers. “This is just not a cohort that’s all that excited about stepping into the world of 24/7 recreation,” says Jeffrey Sonnenfeld, a Yale management professor who founded the Chief Executive Leadership Institute.

Most Type-A M.B.A.s could probably outpace these guys in a 10K. (Self-proclaimed workout stud Sumner Redstone, the 85-year-old chairman of both Viacom and CBS, might give the youngsters a run for their money.) But these are marathon men, not the sprinters who thrive during bubbles. In recent months, fiftysomething CEOs of Wall Street firms and large banks have been decimated by the credit crunch, just as twentysomething tech stars were crushed in the 2001 NASDAQ crash. Unlike their younger counterparts, today’s headline-making grandparents have experience managing through the last serious oil shock and prolonged period of financial pain in the 1970s. Kirk Kerkorian began his career during the Great Depression. These rock stars have also proved willing to learn a repertoire beyond their greatest hits. Rupert Murdoch, 77, beat younger moguls in the race for MySpace and is now busily remaking The Wall Street Journal. Carl Icahn has a blog (though it doesn’t contain any content). Former oilman T. Boone Pickens, 80, who runs a $4 billion hedge fund, is the lead investor in a $10 billion wind farm in Texas. Oh, and he has just penned his debut book: “The First Billion Is the Hardest.”

These business guitar heroes may be taking their cues from real-life rockers, like Neil Diamond, 67, Mick Jagger, 64, and Tina Turner, 68, who are still filling arenas. In both instances, markets are recognizing and rewarding continued excellence, even if the performers’ gaits have slowed. But for non-rock stars—i.e., people who don’t own their own companies or don’t have enough cash to start a hedge fund—barriers to staying active late in life remain. “There is still enormous resistance and unwillingness to consider older people for job hires,” says AgeWave’s Dychtwald. As one executive recruiter told me, boards frequently look askance at older candidates because “somebody in their mid-60s isn’t going to take an 18-hour-a-day job.” That attitude may be changing. CT Partners, the executive search firm, recently conducted an unscientific poll on its Web site, asking managers whether they’d hire a 72-year-old CEO (which is what the Republican Party is asking the country to do). The answer was yes, by a margin of 55-45 percent.

For leadership guru Warren Bennis, who at 83 teaches full time at the University of Southern California’s business school, such ambivalence is a key issue facing the economy. “Organizations have to learn how to manage the people who keep growing and learning even as they get older,” he says. Bennis still detects plenty of signs of ageism in corporate America.

In time, it’s likely that prejudices toward older workers will be eroded less by the exploits of eternally youthful financiers, and more from a longstanding demographic trend. As they’ve moved through life, the baby boomers have altered societal attitudes on everything from smoking marijuana to Botox. As boomers coast into their golden years, it’s likely the acceptance of older workers at every rung of the corporate ladder will grow. In the 1960s, the boomers’ mantra was: don’t trust anyone over 30. In the 2010s, it’ll probably be: don’t trust anyone under 70. 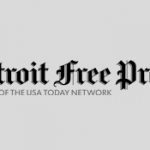 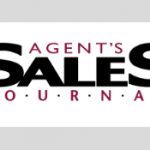 Boomers see retirement as a time for reinvention
Scroll to top