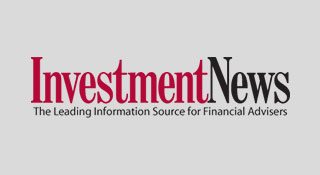 Wall Street has a five hole in its retirement planning for aging baby boomers. For the most part, firms have focused their marketing efforts on the superrich — those with more than $2.5 million in investible assets — because they are most profitable to serve. But by the year 2020, the so-called mass affluent (those with between $500,000 and $2.5 million) will have cobbled together $20 trillion for retirement. As with the space between a hockey goalie’s leg pads, that’s a gaping hole, one surprisingly hard to cover.

“The need [is for] a middle-market or mass affluent product,” said Daniel Rosshirt, senior manager with Deloitte Consulting LLP of New York. “There is very little competition for that space.”

In the next year, we expect a number of firms, both big and small, to fill the gap with powerful technology that simplifies the retirement-planning process without sacrificing sophistication. This became apparent early this year at the third annual conference of the Boston-based Retirement Income Industry Association, where industry experts discussed a broad array of strategies for serving the superrich and the mass affluent.

Bank of America Corp. is working on a black box to attack this segment. The new retirement product will be aimed at savers with $250,000 and more, John Bahnken, president of the Charlotte, N.C.-based company’s global wealth and investment management products group, told conference attendees. He promised a product that will appear simple to the consumer eye. However, Mr. Bahnken asserted, “the complexity will be invisible to the customer,” who ideally will view the offering as a personal defined benefit plan.

In Raleigh, N.C., boutique firm Klein Decisions LLC is working on a mass market product to help small savers plan for retirement. It hopes to sell the system to large financial institutions.

The potential is enormous. A recent survey by Financial Research Corp. reveals that the “sweet spot” in the marketplace is investors with $100,000 to $500,000, said Laura Varas, president of Mast Hill Consulting in Hingham, Mass., who helped to produce the study for the Boston-based research firm. The survey of “PowerBoomers” (40-60 years old, with at least $100,000 in investible wealth) reveals that 20% to 40% of PowerBoomer relationships “are in play.” Men and investors 40-49 are most vulnerable.

The challenge: How to serve the sweet spot and make money.

Mr. Rosshirt told attendees at the RIIA conference that Wall Street needs to find a way to offer some face-to-face time — something most savers crave but which is very expensive. That then needs to be supplemented with call center and website support, or some other creative service mix. Mr. Rosshirt added that devising a solution could prove very profitable in the long run — that a mass affluent saver could morph into a high-net-worth retiree.

Francois Gadenne, president and chief executive of Retirement Engineering Inc. in Boston and chairman of the RIIA, says that the trade group is focusing on just how well prepared the financial industry is to address the needs of retiring baby boomers. A white paper on the topic published late last year asserts that “large market segments lack convenient access to the products, tools and processes that match their needs.” The paper suggests that the solution to these issues will come from outside sources, beyond the traditional financial and insurance silos.

The passage of the Pension Protection Act of 2006 is a critical ingredient, pushing financial firms to seek ways to serve the mass market. Under the act, firms can begin offering advice to defined contribution savers, a huge swath of the market. “Making advice available has not achieved a very high market penetration,” said Robert L. Padgette, a managing director at Klein Decisions. “Only the top percent of people take advantage.”

Mr. Padgette said that firms need to make the financial services easy to access and use. “‘Easy’ is a very important word,” he said. Individuals need to know quickly and easily if they will have $25,000 or $40,000 at retirement — or what will happen if they retire early or work a few more years.

But ease isn’t the only necessary quality. The new technology requires subtlety and shading.

For example, Mr. Padgette noted that investors typically fill out questionnaires for financial advisers to help the firm determine their needs and risk tolerances. But in responding to questions, investors may appear bipolar, seeming like aggressive risk takers in some instances and like risk-averse investors in others. The survey scores typically average out the responses and mark the investors as “moderate.”

“They aren’t moderate; they have an unresolved conflict,” Mr. Padgette said.

Developing the mass affluent market may prove good business for other reasons: Baby boomers aren’t big fans of Wall Street firms. Retirement guru Ken Dychtwald, however, has stated that baby boomers will need to turn to advisers sooner rather than later as they confront the complications of planning for an extended retirement.

A shift in the works?

It hasn’t happened yet, but something may be shifting. According to the FRC PowerBoomer survey, 46% of respondents relied on themselves or the web to invest. Yet the research firm reported that PowerBoomers who did use advisers planned to consolidate 25% of their adviser relationships, most notably among those with $1 million to $2 million in assets, the upper mass affluent. Those with less than $1 million were expected to consolidate 15% to 25% of relationships. By contrast, those with more than $2 million were likely to add advisers.

As it now stands, according to Cambridge, Mass.-based Cogent Research LLC, 44% of the $2-million-plus crowd will hand over their assets to three or more firms. In general, not all that many individuals use just one firm; less than a third of investors with $500,000 or more do so, Cogent reported.

That hurts the odds of winning accounts with big paydays. And that means that Wall Street needs to find the winning combination of technology and creativity to attract baby boomer retirement accounts.

Mr. Padgette of Klein Decisions is optimistic that solutions are around the corner. He recalls that once daily record keeping for 401(k)s “was a huge deal.” Technology has made it commonplace. Mr. Padgette ventures that 10 years from now, technological advances will help to make serving the mass affluent and even the not-so-affluent possible. “Looking back in 10 to 15 years, it may seem mundane,” he said. 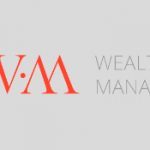 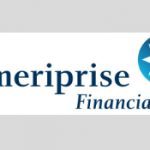 A new way to phase into retirement
Scroll to top