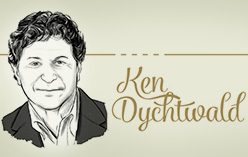 “Retirement is not only going to include more work, it’s coming alive with vitality and with new options,” says the pioneer in the notion that boomers are redefining “retirement”

This is the first time Ken Dychtwald has been featured on the IA 25. (Portrait: Joel Kimmel)

There are a number of demographic, economic and sociological changes happening that are affecting people’s lives, and by extension, the financial services industry, according to Ken Dychtwald, president and CEO of Age Wave.

First is the extraordinary growth in the average life span. “On the first day of the 20th century, the average life expectation was 47. On the last day, it was 78. Today, it’s approaching 80 and continues to rise,” Dychtwald told Investment Advisor.

He suggested there’s a “real possibility” that in the decades to come, living to 100 won’t just cease to be rare, it could become the norm. “As a result of massive breakthroughs during the 20th century, in public health, in sanitation, in antibiotics and pharmaceuticals and a pretty spectacular list of miracles, we now have this gift of a longevity bonus.”

Longer life spans aren’t just a question for demographers, either. “The average citizen is scratching their head and thinking, ‘When will I be old? When should I stop working? How long might I live?’”

The sheer size of the boomer generation has forced an evolution in retirement itself, Dychtwald said.  “If we just simply had more people heading to generally the same stage of life, with the same habits and behaviors as our parents and grandparents and their parents, that would be pretty easy to plan for,” he said. “In fact, retirement is going through a massive facelift.”

Dychtwald said people are working longer, getting divorced and remarried later, moving to college towns and starting new hobbies. Leisure is not defined by passive activities, but by “adventure and new experiences.”

“What’s happening is that retirement is not only going to include more work, it’s coming alive with vitality and with new options.” Boomers don’t even use the word “retirement” that often, he said.

“It’s a little odd if you’re starting an entrepreneurial business when you’re 66 to think of yourself as retired. You might indeed be retired from your first or your core career, but now you’re off to your encore career.”

As clients envision a retirement that “is not simply an on/off switch—‘I was working. Now, I’m not.’—but rather a time of new beginnings,” advisors will have to follow with “an entirely new set of understandings.” That includes a new appreciation of the products that will help retiring clients, as well as new skills to relate to people.

To illustrate the need for new skills, Dychtwald recalled the “Olympia Café” sketch from Saturday Night Live. Customers are offered only cheeseburgers, chips and Pepsi, despite their preference for tuna salad, fries or Coke. Advisors who are used to working with previous generations with previous expectations and hopes are “beginning to look a little bit like whatever the new clients are showing up with, they’re offering them cheeseburgers and Pepsis. The clients are beginning to realize that.”

That includes women, who are increasingly likely to be managing money and making financial decisions.

“The women of the boomer generation, who are often not featured in the financial services world, which, as you know, is populated 80% by men, are the most extraordinarily powerful, highly educated, sophisticated generation of women in the history of both our culture and the world,” Dychtwald said. “This is not just about boomers growing older. It’s about boomers and boomer women growing older and impacting markets and opportunities.”

How You Can Start Impact Investing in 2016 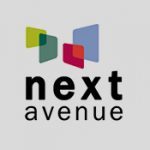 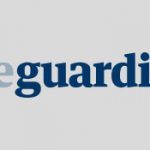 David Bowie planned his end as he lived, on his own terms, blazing a trail
Scroll to top