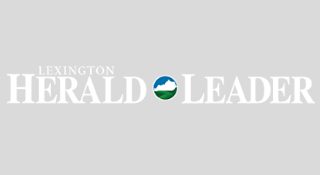 Our Time: How women’s roles are changing
Maddy Dychtwald has influence.
I mean, she and her husband, Ken, are co-founders of Age Wave, a pioneer consulting firm on boomers and their impact on everything from postage stamps to caregiving. She’s a sought-after speaker, author of three books and she’s a demographer.
More important, she’s a woman. That’s what gives her clout in the marketplace, in politics, in the financial world.
In her latest book, “Influence: How Women’s Soaring Economic Power Will Transform Our World for the Better,” she provides what Publisher’s Weekly calls “a riveting exploration of female economic emancipation in the 21st century as women all over the world are becoming financially powerful enough to stand on their own and tip global power balances.”
The advance rave review on the book will be published tomorrow.
“Why shouldn’t women be equal?” she asks me. “Why should gender define roles in life?”
I’ve read the galleys of her book, and now we are talking about the impact of her work before it even hits the bookstores.
With her co-author, Christine Larson, she’s writing an online blog (Huffingtonpost.com/maddy-dychtwald) that already has men – mostly men over 50, she says – complaining.
“If women gain power and influence in politics, finances, whatever they think it’s a loss for men not a win/win. Some people are scared I’m upsetting applecarts,” she says.
Well, here are the facts, guys and gals:
At the turn of the last century, women couldn’t vote, couldn’t choose when to get pregnant, couldn’t pursue higher education, couldn’t have credit in their name or own property in some states, couldn’t expect to find a job outside of domestic work or factory labor.
A hundred years later, history is rushing forward for women, Dychtwald says.
More women than men are graduating from high school, college and graduate programs in the U.S.
Women hold 49 percent of all non-farm jobs and 51 percent of all management, professional and related positions. About 40 percent of U.S. firms are women-owned. The number of women earning $100,000 or more tripled between 1991 and 2001. Women control 51.3 percent of the nation’s private wealth.
Dychtwald tells me about her interviews with 118 women. They talked about business, the marketplace, families and the future of men.
Men, particularly younger men, are going through “role revolution,” she says. Men are reimagining their lives, spending more time with family, feeling less shackled to careers as they are no longer the sole breadwinner.
“We are moving away from ‘women’s concerns’ toward a future of ‘family concerns’ involving men as well as women,” she says.
“Betty Friedan once told me her goal was that women no longer be measured like men. We have finally reached a place where we can be our authentic selves.”
(Jane Glenn Haas writes for The Orange County (Calif.) Register. E-mail her at jghaas@cox.net ) 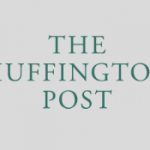 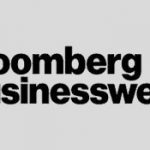