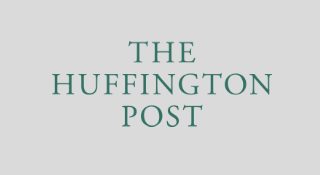 Must One Gender Rule the Other?

Throughout the economic downturn, we’ve heard a lot about the “man-cession,” where men have lost more jobs than women. But there’s something bothersome about that term. It makes men sound like losers and women sound like winners in the worst economic slide in recent history. But that’s not really true: we’re all struggling. Men aren’t losing jobs because women are “winning”–but because they held more jobs in old economy fields like manufacturing that are going away. It’s not that women are winning; it’s that the economy is changing, to a world where education, relationship-building and collaboration matter more than physical strength.

Still, the media loves to portray things as black and white, win or lose. It’s simpler to think there’s a battle of the sexes than to think up an entirely new image for what’s going on. But does it have to be a war? Must one gender rule the other? Or can we imagine a better metaphor for what’s happening between the sexes right now? Can it be a scale, a teeter totter, a seesaw, where the goal for each sex is to balance, not defeat, the other? Idealistic? Maybe. Possible? Definitely.

It’s important to ask that question right now, because something entirely new is going on. For the first time ever, women represent half the workers in the United States. We don’t yet earn half the income–on average, women earn 77 cents for every dollar a man earns. But we’re reaching an economic tipping point, where women’s influence will start to change the way society does things.
As women become half the workforce and, eventually, earn half the income, how will we use our power? The evidence so far suggests we’ll change the metaphor–no more battle of the sexes, but a team effort, to create a partnership society. We don’t say this because we want it to be true (which we do), but because examples are all around us. As women have gained financial power, they’ve used that influence to reshape families, businesses and the marketplace. And, as we discuss in our new book,Influence: How Women’s Soaring Economic Power will Change Our World for the Better, those changes are helping men as much as women.

Take parenting. Back in 1973, Nixon vetoed a bill that would have funded high quality childcare for low and middle income families, saying it would “weaken the family” if more women went to work. Women went anyway–and our families are stronger. Divorce rates have dropped. Best of all, dads are taking on far more childcare duties than ever before, spending three times as many hours per week with their kids as dads did in 1960. And their kids are thriving. Study after study shows that kids with involved dads do better in school, are better behaved and have better social skills than kids with less involved dads.

What’s amazing here is that moms going to work didn’t hurt families, it helped them. It created a vacuum that sucked men back inside the home, where they became more involved fathers. Parenting is becoming a more equal partnership, and it’s helping everyone. This change is far from complete–women still do far more at home than men, on average. But all you have to do is visit your local Starbucks or grocery store any weekday afternoon, and you’ll almost always find a few dads carting around the kids while mom’s at work.

The partnership society helps our businesses, too. Studies tell us that among Fortune 500 companies, those with a greater number of women on their board showed a better return on equity than those with fewer women. That’s because groups with more diversity of all kinds tend to solve problems more creatively than more homogenous groups. Meanwhile, companies are finding that by reinventing work norms to fit the partnership society, where men and women contribute equally at work and at home, has measurable returns. When consulting firm Deloitte redesigned its career planning model and began to acknowledge that most careers for women and men are more like waves than ladders–with peaks of productivity and troughs when family takes precedence–career satisfaction of its employees rose 25 percent. That’s key in an industry that depends on attracting and keeping top talent.

Our information economy no longer depends on physical strength: It’s no longer the biggest Neanderthal with the rock who brings home the wooly mammoth. A knowledge-based economy doesn’t reward strength, it rewards smarts. And women who now equal or exceed the education levels of men in many countries, are poised to reap a massive benefit. The sooner we stop thinking about these changes as the triumph of one gender over the other, and start thinking about the partnership society, the happier our kids and our families will be. 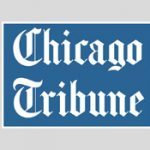 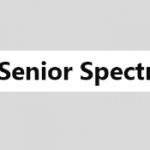