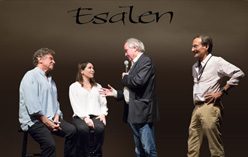 Big Sur, Calif., October 15, 2016— At a celebration event this weekend, Esalen Institute recognized Ken and Maddy Dychtwald, thought leaders on longevity and population aging as well as co-founders of the research and consulting company Age Wave, as the recipients of the 2016 Esalen Prize. In the spirit of other transformational awards, such as the Purpose Prize and the MacArthur Awards, the Esalen Prize is bestowed on individuals who have shown exceptional leadership in the field of human potential and as a result have brought about positive social transformation in their field.

“Ken and Maddy Dychtwald epitomize the pioneering spirit of Esalen in every way I can think of,” said Michael Murphy, co-founder of Esalen Institute and Chairman Emeritus of the Board. “By marrying the values of human potential with the science of aging, their visionary efforts have made a profound contribution to changing the way we all think about aging and to shaping how societies worldwide can best handle the challenges and opportunities ahead,” added Michael.

Following Esalen’s 50th anniversary in 2012, the Esalen Prize was created to mark the Institute’s unique role in bringing the values and innovative ideas of the human potential movement into the greater world—from psychology to quantum physics, spirituality to economics, creative arts to permaculture, holistic health to citizen diplomacy.  Ken and Maddy Dychtwald will be recognized for their innovations in promoting a purposeful role during life’s second half. Through their 18 books, acclaimed speeches, pioneering research, documentary films and unrelenting public activism, the Dychtwalds’ thought leadership has led to enduring changes in the fields of gerontology, medicine, psychology, gender equality, social service, economics, media and technology.

According to Ken Dychtwald, “Since I first studied and lived at Esalen in the early 1970s, I have had a 46-year love affair with Esalen’s wonderful people, magical environment and most importantly, its mission. Receiving this special award alongside Maddy is a unique honor and very special gift.” Maddy Dychtwald reflects, “Esalen has always been a big part of our lives. It’s not just its breathtaking beauty, but the values and possibilities that Esalen courageously puts out into the world. We are humbled and feel deep gratitude for this recognition.”

The Dychtwalds were awarded with the Esalen Prize during the Institute’s Benefit Weekend Oct. 14-16, 2016. The Benefit Weekend gathered many of the Institute’s thought leaders, supporters, and friends to connect with each other and the land and envision Esalen’s future. The special weekend program included speakers Rev. Michael Beckwith and Charles Eisenstein and a performance by Geeta Novotny.  As part of the award presentation, Esalen announced a scholarship is being established in honor of the Dychtwalds.

“The Dychtwalds’ thought leadership embodies our approach of synergizing the intellectual with the experiential, opening new vistas of creativity and meaning for all of us,” said Esalen President Gordon Wheeler.  “We are honored to award them with the Esalen Prize and look forward to seeing what new, innovative ideas they come up with next.”

Boost Your Retirement Income with These 5 Tips 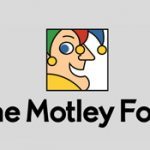