The days are full for Karen Drews.

She makes sure her 86-year-old mother takes a dozen medications to ease her ailments. Between cooking and cleaning, she reminds her mother, who has dementia, to brush her teeth and cover herself if she gets a chill. At night, she often must lead her mother back to bed when she wanders.

At 62 and feeling her own aches and pains, Drews worries that caregiving is aging her faster. She is among Michigan’s growing population of family or informal caregivers — people who aren’t paid for care — who are 55 or older, some with physical ailments of their own. Area agencies on aging are cosponsoring an expo in Novi on Saturday to help family caregivers.

According to estimates, the state has about 1 million unpaid caregivers with an average age of 58, — 12 years higher than the national average. Last year, the state’s Office of Services to the Aging found that 44% of 8,300 caregivers surveyed were 55 to 74 years old.

“I don’t know if this will shorten my lifespan,” said Drews, who lives near Jackson and has taken care of her mother, Lucille Fluhart, for three years. “I don’t know what this is doing to my health.”

Michigan’s graying population and thinning ranks of younger people are bolstering the trend. Between 2000 and 2006, the number of residents ages 30 to 44 fell 29% while those 80 and older rose 34%, said Kurt Metzger, a demographer with the United Way for Southeastern Michigan.

Dychtwald will be among the speakers Saturday at the Solutions for Family Caregivers Expo at the Rock Financial Showplace in Novi. Presentations are to include tips for caregivers on staying healthy and managing the stress of caring for an ill relative.

Studies show older caregivers have an increased risk of heart disease and higher mortality rates. Many report stress from watching a relative suffer, lack of leisure time for themselves and increased financial pressures.

Experts say the negative effects of caregiving on those 55 and older, including depression, magnify with age.

When she retired eight years ago, Drews planned to spend her days tending to her farm animals, quilting and volunteering with her church. But caring for her mother leaves her little spare time. And like many caregivers, Drews grapples with bouts of depression.

“I sit and watch my mother age,” said Drews, a former City of Wayne employee. “It keeps you tied to home. Your emotions are tied up in watching a parent age. Sometimes the look on her face will make me want to cry. She’s just so needy, so confused.”

Experts advise caregivers to have a plan that provides for breaks with the help of family members, friends or adult day care facilities.

Five days a week, Marty Odell, 59, takes her mother, Carol Mobbs, 95, to an adult day care near her Warren home, allowing Odell to get to her job as an office manager. Mobbs has dementia and glaucoma.

“You absolutely need that time for yourself,” Odell said. “Just to feel like you’re not 24-7 caring for someone else.”

Last spring, Barbara Arnold made the difficult decision to place her mother in a Flint nursing home after 98-year-old Hazel Arnold fell.

For months, Arnold, who is 79, sometimes made trips twice a day from her Birmingham home to the Flint area to care for her mother. But, battling arthritis, she found the trips too taxing and moved her mother to a Royal Oak nursing facility. Her mother, who died in July, wasn’t pleased, but it was the best thing to do.

“You have to be constructively selfish,” Arnold said. “At this age, it’s not that easy to get yourself up at the crack of dawn and get yourself to the nursing home.”

How the Age Wave will Transform Home Care 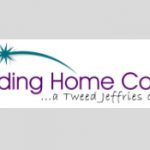 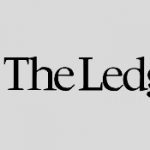 Discover Your Clients’ Hopes, Dreams and Fears for Retirement
Scroll to top