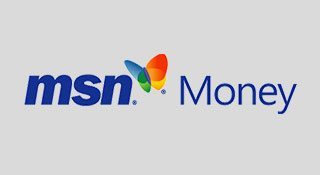 For the new crop of 50- and 60-somethings, retirement doesn’t mean they’re ready to stop working. It simply means changing gears.

Fred and Pat Rackow were more than ready for retirement. At 56, Fred had spent most of his professional life managing high-pressure fuels and gases at NASA’s Kennedy Space Center in Florida, while Pat had managed accounts for an oil company for the past 14 years.

“At first my job was exciting — wow, we were launching a space shuttle!” Fred Rackow says. “But after 10 years, it was just a job.”

Worse, Rackow was getting tired of the pressure of his job. But he wasn’t ready to retire to a rocking chair on his porch or take up golf.

The Rackows are in the midst of what may be the hottest retirement trend of all: the reinvention of work.

Baby boomers may be willing to walk away from the rat race, but that doesn’t mean they want to stop working altogether. Rather, many want another chance at the dream job they long ago abandoned for practical considerations, such as supporting a family.

“I have seen some kind of interesting moves from people in this generation who have way too much energy to stop working,” says Chris Fahlund, a senior financial planner at T. Rowe Price, whose own husband has worked as a yacht broker and contractor since “retiring” from his job as a college administrator. “This past Christmas, we got a card from a friend who had been an attorney and who now works in a bike shop.”

When Valerie Ramsey and her husband, a private-school teacher, relocated for his new job on the Monterey Peninsula in California, their children were old enough that the mother of six could finally pursue a full-time career.

She spent a summer working in a pro shop for Pebble Beach Resorts, selling golf balls and hats to tourists and learning how to use a computer. “Then I think I just nagged the HR people until they decided to get me off their doorstep by sending me to the marketing department,” where she started as an administrative assistant and ended up running public relations for the resorts.

Earlier this year, at 64, she decided it was time to embark on her next dream job: model. “I wasn’t looking to become a model, especially at my age, but before I knew it, I was doing it part time,” Ramsey says.

It was the same for the Rackows. The answer was to retire — to a new career. They found 20 acres just outside El Dorado, Ark., and in July 2007, the couple celebrated the opening of their new business, Barkingham Acres. Its services include dog kenneling,

short-term “doggy day care,” and obedience and agility training. “It’s been wonderful, being able to retire and then start doing something that we really love,” says Fred Rackow.

The Rackows and Ramsey have plenty of company. A 2004 survey by Harris Interactive for Merrill Lynch said only 17% of those interviewed planned to walk away from work altogether after they retired. In contrast, 42% hoped or expected to cycle between work and leisure, while 16% wanted to work part time, and 13%, like the Rackows, planned to open businesses.

“People, up until retirement, have been engaged in work that they feel they have to do, whether to support their families or because they feel they should because they have invested so much time in these careers already,” says Jim McCarthy, the head of individual retirement services at Morgan Stanley. “Retiring is kind of like getting permission to focus instead on what you are passionate about.”

The emphasis baby boomers place on having some kind of gainful employment after leaving their careers is tied to their discomfort with the very term “retirement,” says Jeri Sedlar, the author of “Don’t Retire, Rewire.”

“When we studied this issue and asked people why they worked other than to get a paycheck, we ended up with a list of 85 different reasons,” she says. “They want to belong, to make a difference. Their identity is tied up with work; they want to continue to feel that they are accomplishing something. They struggle with the implications of the word ‘retirement’ in its traditional sense.”

Finding the right post-retirement job isn’t always straightforward. Often, retirees wind up with a patchwork of part-time projects that satisfy multiple needs, some financial, some emotional.

Until retiring last year and moving to Chattanooga, Tenn., Cynthia Nesson, 60, oversaw a $600 million clinical budget at an Atlanta-area hospital. She still occasionally works on health-care and accounting projects, but her main focus is driven by her passion for the arts.

“I’ve become a partner in a textile design studio called Yarn Works, a six-woman co-op,” says Nesson, whose downtown Chattanooga home is stuffed with artwork she has collected.

“Retirement isn’t an occasion to step back and be a recluse,” she adds. “It’s an opportunity to ask what it is you really want to do.”

For many baby boomers, the key to a dream job is flexibility, says psychologist Ken Dychtwald, a boomer studies the aging process. “Few boomers want their lives to be all work or all play; they’d like to strike a new balance.

Perhaps they’d like to work three days a week or eight months a year. Or work three years and take two off.”

And more than half, Dychtwald says, want to try to build a completely new career, as former market research analyst Dianne Eppler Adams did in spring 2003.

“I was sitting in a meeting and suddenly realized that this whole thing, what I was doing, was empty and meaningless,” she recalls. Then only 55, the Washington resident says, “I knew that somehow I needed to spend the rest of my life doing something that was meaningful, for myself and for other people.”

The solution, Adams concluded, was in the stars.

“I’d been doing (astrology) readings on a part-time basis but felt it was too much fun to turn into work.” Today, the 60-year-old Adams does eight to 10 readings a week, organizes workshops and fulfills speaking obligations. She’s also starting to write a book.

“This wasn’t how I was taught to make a living — the world of a salaried employee was my ‘heritage’ from my parents — but it’s the right thing for me,” says Adams.

In addition, a post-retirement career can spell the difference between being able to retire successfully and exhausting the retirement nest egg too early.

For the Rackows, Barkingham Acres fills both emotional and financial needs. The facility cost $500,000 to build — dog owners can choose to accommodate their pooches in the Mardi Gras room, the surfer room or the pirate’s room, and this summer the pooches will get a swimming pool. But the couple were able to sell off 10 acres to finance the work, and their business began operating at 100% capacity within five months of opening last year. Even better for the Rackows, Barkingham Acres has been turning a profit since August.

On top of the boarding fees, Fred Rackow, a certified dog trainer, earns extra money by providing classes for dogs and their owners.

“These are services and facilities that just weren’t available here before, and so we’ve been successful and don’t have to dip further into our savings,” says Pat Rackow. “And best of all, it’s a business that people are happy to use. Everyone loves to be around the dogs.” 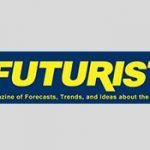 Wyevale ‘green malls’ planned for over 60s
Scroll to top