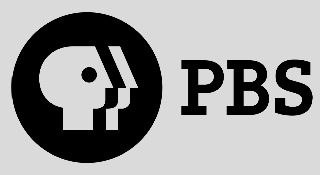 PBS is inviting you to meet the baby boomers – or perhaps reconsider them.

Like the generation it depicts, the documentary “The Boomer Century: 1946-2046,” which airs tonight at 9 on WNET/13, is unpredictable, multi-layered, inspiring and often overwhelming – a testament to the heft of 78 million aging Americans.

Born from 1946 to 1964, boomers have lived through a series of stunning social transformations while contributing to many of them.

The two-hour film shows how the children of the 1950s, molded by the parenting philosophy of Dr. Benjamin Spock and the early days of television, morphed into the young adults of the 1960s – a time enlivened by pop culture but shadowed by the Vietnam War and the assassinations of John F. Kennedy and the Rev. Martin Luther King Jr.

By the ’70s and ’80s, the boomers were busy redefining America’s notions of work and family.

Now imagine constructing a narrative from such stuff.

Gerontologist and psychologist Ken Dychtwald, who is an authority on the generation, rose to the challenge. He enlisted the help of award-winning filmmakers and a variety of commentators to create the first film of such scope to consider both the boomers and their long-term future.

“One of the challenges was finding a way to present something different about a generation that has been covered so often,” says Dychtwald, 56. “It’s pretty easy to do something like a ‘back-in-the-day’ film. However, reminiscing about Woodstock has already been done 10,000 times.

“Ultimately, we want people who are watching to learn things about our collective history and to be able to say, ‘I never connected those dots before!’ and then we drive them into the future. The media still brands the boomers as the youth generation, but I’m convinced that the more interesting decades will be the ones after 50. It’s who we’re starting to become – not who we used to be – that’s so fascinating.”

Produced by Joel Westbrook and Neil Steinberg, and written by Academy Award winner Mark Harris, “The Boomer Century” considers boomers past, present and future through such topics as health, work, entertainment, money and family.

Interspersing their observations with archival footage and present-day interviews, “The Boomer Century” also explores people who are reinventing themselves in middle age, a time Dychtwald calls “middlescence.” He says boomers remain anti-authoritarian, idealistic, open to change and self-empowered.

“They still have that strange combination of intelligence, of questioning authority and of deep-rooted distrust of the status quo that has caused the generation to be enormously innovative, from music and fashion to relationships, work and technology.”

Dychtwald, who lives outside San Francisco with his wife and two teenage children, is something of an uber-boomer himself. Long before he became known as an aging expert, long before he founded his consulting company, Age Wave, he says he lived a fairly conventional life in Newark.

In the 1960s, he attended Weequahic High School with intentions of becoming an engineer. After his second year at Pennsylvania’s Lehigh University, however, his life took a sharp, boomer-esque turn.

He discovered psychology – and a subject called human potential.

Dychtwald dropped out of Lehigh and headed toward the Esalen Institute at Big Sur, Calif., to study the mind-body connection.

Eventually he got his doctorate in psychology. In the 1970s, he helped found and direct the Sage Project, a social service organization in Berkeley, Calif. Funded by the National Institutes of Health, it taught the elderly how to improve health by using alternative-medicine techniques such as yoga and meditation. In his early 20s, he wrote “Bodymind,” the first of his 14 books, now in its 81st printing.

He also spends a lot of time poking holes in popular misconceptions. While his film points out that as much as a third of the boomer generation may never have enough money for retirement, it also shows boomers deserve more credit for their good works.

Such perspective might erode what he calls the country’s youth obsession and “gerontophobia.” Instead, the future could see older Americans taking courses, re-inventing careers, moving back into cities and building intergenerational families from their networks of friends. It also could bring an unparalleled opportunity to create a “living legacy” through volunteering.

“Boomer men and women have the greatest concentration of education, skills and work experience of any generation in history,” Dychtwald says. “I believe there are tens of millions in this generation who can become an elder corps, an army of high-energy, contributing men and women. A lot of boomers already have that gnawing feeling of trying to make the transition from success to significance.”

From Play-Doh to Dementia, Boomers Changed the World 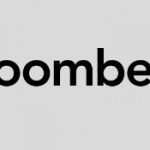 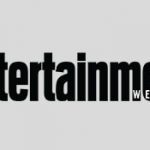 What to Watch
Scroll to top