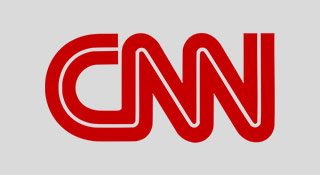 Happy birthday, boomer. If you’re among the 4.3 million Americans born in 1957, when the baby boom hit its peak, you’re turning the big five-oh this year.

It’s a milestone that has no doubt prompted you to reflect on where you’ve been and where you’re going, what you’ve accomplished and what you still hope to do. In fact, it’s an exercise that many of your 78 million fellow boomers, all squarely in midlife, are engaging in these days.

The result of this en masse navel gazing, as with almost any other activity that boomers take on, is potentially profound. That’s among the conclusions of an exclusive survey of nearly 3,000 boomers conducted for Money Magazine by Clark, Martire & Bartolomeo, an Englewood Cliffs, N.J. polling firm.

For in re-examining their past and redefining their future, the survey shows, boomers are starting to form a new agenda, a reinvention of the American dream that emphasizes friends and family over making money, having fun over working hard, and making a difference in the community and the world. (In other words, you might say, they’re going back to the future.)

Above all, boomers want what they do to mean something to themselves and others. And because of the force they exert by their sheer size, what boomers want, the rest of the country seems to want too. This new American dream signals a shift away from the pragmatic, more materialistic goals that characterized the old one: a house, two cars, a steady job and a good income. (By now a lot of boomers have those things anyway.)

Says Steve Gillon, author of Boomer Nation: The Largest and Richest Generation Ever and How It Changed America: “Unlike previous generations, boomers have the freedom and the resources to contemplate not just survival, but fulfillment.”

Whether boomers will be able to achieve this new American dream, the survey makes clear, is still an open question. To pull it off, they have to be physically up to the challenge. But while 85% of the respondents listed maintaining their health as an important goal and three-quarters considered themselves healthy now, an almost equal number (69%) admitted to being at least somewhat out of shape.

And while materialistic goals no longer appear high on the boomer agenda, you need to be in decent financial shape to be able to cut back at work, travel, and pursue hobbies and similar goals that the respondents did aspire to. Yet boomers have not been particularly diligent about saving for this next act. For instance, nearly half of those surveyed (45%) said they don’t think they will be able to save enough to maintain their standard of living in retirement.

But those niggling details haven’t stopped boomers from dreaming big dreams. That’s clear not just from the survey but also from the hundreds of responses we got when we asked boomer readers to share their most heartfelt goals with us. (See the next story.) Striving for something important makes you more confident about the future.

Our survey found that no matter what your financial situation is, the very act of setting goals is linked to feeling happier and more satisfied with your life. And that’s a worthwhile lesson for every generation.

Time is on our side, yes it is

One thing’s for sure: Boomers are still filled with the youthful optimism it takes to make those big dreams happen. More than 70% of the respondents in our survey said they feel younger than their age (close to half feel younger by 10 years or more), and nearly six out of 10 believe they’re still in their prime.

Of course, reinventing yourself is a favorite boomer sport. “Twenty percent changed their religion, 50% changed spouses,” says Ken Dychtwald, president of Age Wave, a consulting firm, and author of The Power Years: A User’s Guide to the Rest of Your Life (co-written by Money Magazine columnist Dan Kadlec). “For boomers, new beginnings are a battle cry.”

Ride on the friendship train

The first word in that battle cry may be relationships. Topping the boomer to-do list (after staying healthy) is reconnecting with spouses, parents, children, grandchildren and friends. Among the survey participants, two-thirds of those who have kids and grandkids said that one of their most important goals is to spend more time with them, and 62% of those who are married mentioned more quality time with their spouses.

Boomers are also looking beyond their families for connections. Nearly half of those surveyed ranked deepening existing friendships among their greatest aspirations.

What’s driving the desire to reach out and touch someone? “During middlescence – that’s the forties through sixties – you’re so busy working and raising kids, you don’t have time for anything else,” says Dychtwald. “When you’re older, you have time to rekindle old friendships – and forge new ones.”

The problem wasn’t only lack of time. Boomers also faced economic challenges, from slow job growth and stagflation in the 1970s to a withering away of benefits in the ’90s and, more recently, the burden of caring for elderly parents while raising kids.

On top of that, there was the well-documented appetite for expensive cars, electronics and other luxuries. With all those financial stresses to worry about, boomers relegated relationships to the back burner.

Boomers just want to have fun

Not surprisingly for a generation whose mantra was “sex, drugs and rock ‘n’ roll,” boomers have also loaded their wish lists with plenty of self-indulgence. If money were no object, 59% of respondents said, they’d enjoy life more by, for instance, traveling or buying stuff. And 86% said that at least one of the following is very important: a vacation home, working less, pursuing hobbies and putting adventure back in their lives.

So will the future find boomers shooting Colorado River rapids and hiking through the Mombacho cloud forest? Some will, but don’t bet on it, says Edward Kerschner, author of “The Next American Dream,” a 2004 study of boomers for Smith Barney and Citigroup Global Markets. He describes boomers as “lazily active.” They enjoy walking but not running; going on cruises but not swimming; and going for a drive instead of hiking.

To make time for fun, 49% of boomers who are still in the work force said they’d like to work less. Not that boomers are counting the days until they retire. Some 70% of the boomers in the Citigroup survey said they want to continue working, even if they don’t need to do so for financial reasons.

One explanation may be boredom. A study by Age Wave found that retirees grow weary of their idleness after about a year or so. Boomers are also reluctant to give up entirely on the meaning and direction that work offers, says Larry Cohen, director of consumer financial decisions at SRI Consulting Business Intelligence in Princeton, N.J.

“They’ll time-shift and break from a rigid time path,” he says. “They’ll retire, and when they get tired of puttering around the house, they’ll go back to work.”

We’ll keep on fighting to the end

And what of all those ’60s ideals about improving society? They haven’t disappeared. One of boomers’ biggest dreams: helping others. Asked about their definition of success, 37% cited “my contributions to my community.” (That was third, behind the welfare of their children and career success.)

Four out of 10 boomers think it’s important to volunteer, and 36% want to reduce their impact on the environment. Only 19%, however, said they want to get involved with a political group. So sit-ins and protest marches are out for now.

What’s in is volunteerism. Boomers already have the highest volunteer rate of any cohort in the population. But once they retire, former professionals, entrepreneurs and IT honchos are going to want to do something more significant than serve juice at the local hospital, says James Gambone, author of “ReFirement: A Boomer’s Guide to Life After 50.”

“They have tremendous built-in capabilities they will want to lend to nonprofits.” In fact, some boomers are already leading the way, creating organizations like Peace Corps Encore, for ex-volunteers willing to accept overseas assignments, and Coming of Age, which enlists seniors for leadership roles in nonprofits.

Perhaps it’s in the realm of do-gooding that boomers will find the answer to their lifelong search for meaning. “At this point maybe you realize that it wasn’t all about your kid getting into Harvard or your status in the workplace,” says Landon Jones, author of “Great Expectations: America and the Baby Boom Generation” and a former managing editor of this magazine. “The big question is, What is my life all about?”

Choose Your Own Adventure 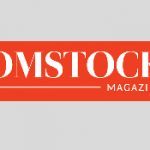 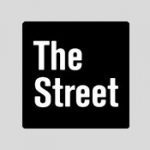 The Five Stages of Retirement
Scroll to top