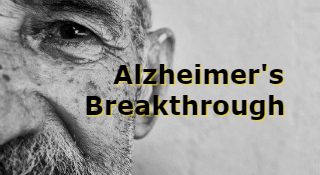 Washington, DC/ San Francisco, CA/ (September 7, 2017) – Frustrated by the absence of public urgency and funding to stop Alzheimer’s—and the slow pace of science—a world-class team of scientists and advocates are joining forces to globally crowdsource a new 21st century approach to leapfrog scientific progress and overcome many of the obstacles to stopping this horrific disease.

The call to discover breakthrough new technologies for brain health is intended to activate interest from a broad spectrum of expert and lay innovators worldwide—from fields as wide-ranging as artificial intelligence, bio-technology, precision pharmaceuticals, physics, video games and brain hacking—to focus their talents and ingenuity on detecting the earliest moments of Alzheimer’s.

“With unprecedented global aging, unless Alzheimer’s disease is stopped—and stopped soon—it will become the health, social and financial sinkhole of the 21st century,” said Ken Dychtwald, PhD, Founder and CEO of Age Wave, and a founding member of the Alzheimer’s Breakthrough team.

At the XPRIZE Visioneers Summit in early October, the Alzheimer’s Breakthrough team will present their innovative proposal—in competition with four other teams focused on other global grand challenges including clean air, zero waste mining, cybersecurity and re-imagining democracy—to a group of 300 scientists, academics, visionaries and funders who will determine which of the prize concepts are “certified to launch.”

The original idea of an Alzheimer’s Breakthrough team was conceived by psychologist/gerontologist Dychtwald and Dr. Peter H. Diamandis, Founder and Executive Chairman of the XPRIZE Foundation, in the fall of 2012. Dychtwald was captivated by XPRIZE’s bold and innovative approach to solving some of the biggest problems of our time.

According to George Vradenburg, JD, Co-Founder and Chairman of UsAgainstAlzheimer’s and a founding member of the Alzheimer’s Breakthrough team, “By employing global crowdsourcing and harnessing emerging technologies, we are hoping to unleash a new era of interventions and treatments that would have the best chance of saving lives.”

“If we prevent Alzheimer’s, we’re going to unlock vast amounts of human potential and reduce or eliminate the suffering of tens of millions of victims and their families,” said Philip Edgcumbe, PhD, a 28-year-old Canadian scientist, biomedical engineer, entrepreneur and medical student who is leading the Alzheimer’s team. “There is currently no cure for Alzheimer’s disease, which affects nearly 50 million people worldwide and is expected to triple in the coming decades due to increasing longevity and the global age wave.”

According to Lisa Genova, PhD, a Harvard trained neuroscientist and best-selling author of Still Alice, “If an XPRIZE were launched to tackle Alzheimer’s, it could change the world’s perception of this disease—from hopelessness that it will never be cured to a hopeful expectation that we will soon have a prevention, treatments or even a cure, much as we’ve seen with tuberculosis, typhoid, diphtheria, polio, certain cancers, HIV and heart disease.”

The Dangers of Serving as the ‘Family Bank’ 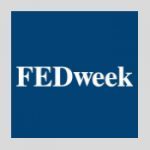 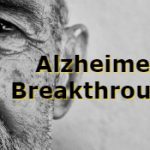 Breakthrough Initiative for Next Alzheimer’s XPrize
Scroll to top