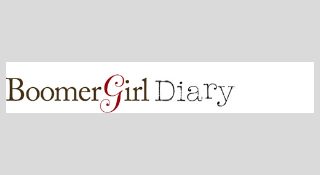 PBS examines the generation that transformed America
Watch “The Boomer Century: 1946 – 2046” on Wednesday night and discuss it here on BoomerGirl on Thursday.

We’re the generation who coined the phrase “Never trust anyone over 30”, remember? Now, as the first of 78 million Baby Boomers are turning 60 (at the rate of one every eight seconds), a new two-hour PBS documentary says boomers will rewrite traditional retirement and redefine aging, just as we’ve transformed every other stage of our lives.

Hosted by respected researcher, gerontologist, psychologist and boomer Dr. Ken Dychtwald, the provocative and entertaining film takes an unflinching look at the past, present and future of the nation’s most closely observed generation. Dychtwald aims to show viewers what really makes our generation tick — for better or for worse — and how our unique, collective personality will help determine how our massive generation will continue to re-shape society for decades to come.

With just the right blend of archival footage (nostalgia buffs will love the old clips and the show’s sets dressed with retro props,) the documentary is fueled by candid interviews with a diverse group of prominent boomers including civil rights pioneer Julian Bond, “Fear of Flying” author Erica Jong, futurist Alvin Toffler and playright/activist Eve Ensler.

By spotlighting the defining moments of boomer history, the film illustrates how these key events contributed to our generation’s tendencies toward idealism, self-empowerment, anti-authoritarianism and willingness to embrace change. Those characteristics, combined with our overpowering numbers, mean that we continue to influence and affect society as we move through every stage of life.

As the film looks ahead to our future, it becomes clear that we’re heading toward our greatest challenges: health care, Social Security, the effects of our notorious spending and lack of savings and, for some, a spiritual crisis.

In the end, “The Boomer Century” provides a call to action, a challenge for the “Me” generation to become the “We” generation and return to our civic activism roots to protect our country’s future. Dr. Dychtwald hopes (and BoomerGirl.com whole-heartedly agrees) that our generation will find purpose and meaning in the last third of our lives by giving back to a world that gave us so much.

What will our legacy be? How will we be remembered? Can we be greater than “the Greatest Generation”? “The Boomer Century” provides no answers to those questions. It simply leaves us with this: Like everything else in life, boomers will choose our ultimate legacy.

The film airs Wednesday, March 28 at 9 p.m. ET/PT, 8 p.m. CDT. We’re happy to recommend it to all BoomerGirl.com readers, as well as those in the generations before and behind us.

Come back on Thursday and let us know what you think in the Comments section of this story.

Tony Snow, Best of the Boomers 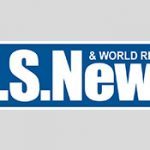 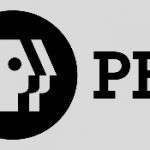 From Rebellious to Innovative: PBS Examines How Baby Boomers Helped Define Our...
Scroll to top