For far too long, American marketers have been in love with youth, and uncomfortable with older adults, directing nearly all of their attention to Millennials and Gen Z. But those cohorts are coming out of COVID strapped for cash, time-constrained, and are not proving to be loyal to anyone’s products and services. On the other hand, due to increasing longevity—particularly of women—and the aging of the massive Boomer generation, the swelling ranks of older adults 50+ are forming an unprecedented social and marketplace force. And since today’s cohorts of older women and men are psychologically, culturally, and financially different from previous generations of older adults, they have new and far more ambitious dreams, aspirations, and appetites for this new chapter in their lives, this “third age.” As a result, there’s now an enormous upside to aging—and this largely untapped opportunity is hiding in plain sight. Why is this?

In the early years of modern advertising, during the Mad Men heyday of the 1960s, young people represented the most potent growth sector. Boomers were teens and young adults, and tens of millions hadn’t yet decided what kind of shampoo, shoes, toothpaste, cars or technology they were going to prefer. In contrast, older people were thought to be frugal, set in their ways, brand loyal, and focused on winding down more than gearing up. In that era, it was smart for marketers of nearly everything to target people between ages 15 and 25: that’s when young consumers were forming their identities, coming into a little bit of spending money, and hadn’t locked down their product and brand preferences.

Today things have changed dramatically. Women and men over 50 own 70% of all personal wealth held in the U.S.[1], and account for more than half (52%) of all consumer expenditures[2]. Importantly, today’s older adults are also far less set in their ways than previous generations and are actively involved in trying new things, exploring new possibilities, and even reinventing themselves.

But far too many of today’s advertisements treat older adults as second- or even third-class citizens, often portraying them as on their way to decrepitude, and they often ignore them altogether. Why? Because ageism is both pervasive and pernicious in advertising. Dr. Robert Butler, the Founding Director of the National Institutes of Aging, introduced the phenomena of “ageism” in 1967 and defined it as “the discrimination, abuse, stereotyping, contempt for, and avoidance of older people.” He even introduced a clinical psychiatric disorder, “gerontophobia,” which was characterized by a discomfort not only with older people, but with one’s own aging process.

While in recent years, much attention and effort has been mobilized to end other isms, from racism to sexism to homophobia (with still much work to be done), ageism still remains the most accepted and acceptable ism.

While people over 50 represent more than half of consumer spending, they are only featured in an estimated 10%-20% of all digital, print, and T.V. advertisements[3].  Even worse, AARP has reported that older adults are seven times more likely to be portrayed negatively as younger people[4]. Not only is ageism simply wrong-headed, it’s also bad for business as it blinds organizations from seeing the full growth potential of the new mature market.

One often hidden cause of ageism in advertising is the lack of age diversity among those who are creating our ads. Less than 10% of workers in the ad industry are over the age of 45 [5]. The average age for a manager in America’s advertising agencies is 34, 12 years younger than the average age for managers across all business professions[6]. So people with more life experience and perspective—as well as those who could identify these consumers’ true needs and how they’d prefer to be marketed to—are not even in the room. Think about this: in 2022, would we allow no women or no people of color to be engaged in creating advertising geared to them? Of course not! Yet, ageism continues to be tolerated. Time’s up.

If you’re interested in learning more about my presentation on the greater need, awareness and actions necessary to address ageism in marketing, click here.

The Age Wave is Coming 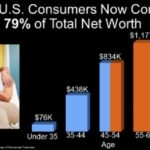 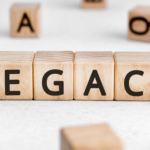